THIS WEEK'S MEETING
Maleny Hotel at 6:30 for 7:00pm for My Story by Fran Tickle and Peter McQuoid.

PRESIDENT'S NOTES
(a) We are up and running
Thanks to all our members who attended our first meeting back at the Maleny Hotel, and especially to our newest member, Peter McQuoid for his very humorous recount of some of his work experiences. A further thankyou to those members who attended the Apex Breakfast and the Citizenship ceremony held on Australia Day at the Maleny Showground to witness and welcome 18 new Australian citizens.
(b) Our next meeting at The Maleny Hotel on Wed 3 February 2021
It looks all clear for us to meet as usual at the Maleny Hotel to share in some further fellowship, tall stories and  interesting guest speakers.
(c) Community Project(s) for 100 years celebrations in 2021.
Can I remind members that Rick Vickers has called for members to join a new subcommittee to further research, cost and/or partner with others to undertake one or more beneficial projects and events.
(d) Also confirming that we will be having a joint Assembly meeting with RC of Glasshouse Mountains with a suggested date of 17 February at the Maleny Hotel.
Tony Long from Glasshouse Club is the incoming AG for our new Rotary Cluster.
(e )Domestic and Family Violence collaboration with Zonta
Hairdressers with Heart Project: The committee met with representatives of this Bribie Island organisation last week and we plan to hold an information event in March 2021 for Range hairdressers to introduce the project.
(f) 100 Celebration breakfast
At our Presidents Cluster meeting yesterday, it was clear local members were not prepared to travel to the events being organised in Brisbane and preferred a local low cost inclusive event to celebrate 100 years of Rotary.
Presidents from all of our Cluster clubs have made a decision to hold a centenary celebration of Rotary at the Beersheba Living Museum on Saturday 24 April. It will be a BYO breakfast from 8.30am with a charge of $10 per head to provide the seed funding for our Cluster clubs centenary project.
All of our current clubs will continue to be involved in and support the proposed project with the aim of involving all Sunshine Coast Rotary Clubs in the future . Details of the project will follow in due course.

MINUTES OF MEETING OF 20TH JANUARY
President Greg opened the meeting by welcoming 21 members and two guests, Des Crane and David Kaye. Because of a kitchen delay, he invited Peter McQuoid to give an impromptu preview of his early life. In a very amusing way, Peter said that he had been brought up on a farm in WA and qualified as an accountant.  This somehow led to him to flying in boxes of fresh burramundi from Indonesia to Sydney where he became a fishmonger. That was followed by work on an offshore gas platform before accepting an accountancy role in PNG.  Unfortunately no on knew who he was when he arrived at Cooper's PNG office. This saga was cut short when the meal arrived and we look forward to the second installment.
The Duty Officer for the evening has reported that there was a scintillating Sergeant's Session which was followed by business matters.
- Solar Buddies
A working bee has been arranged on 11 February at the RSL at 11.30am with children from the River School to assemble 40 for despatch to Asia.
- Red Benches
Andrew Wallace spoke at the installation of the second bench at MNC.  The Sunshine Coast Council is to install four new benches including one in Maleny.
- New Website
Paulette is using the $3,000 grant from the Council to get Clive Waring to upgrade the website and design a new brochure
- Calendars
Rick V reported that sales have been going well.
- Zambia School
Angela G had great news - the school is operational.

PERHAPS NOT A LAUGHING MATTER 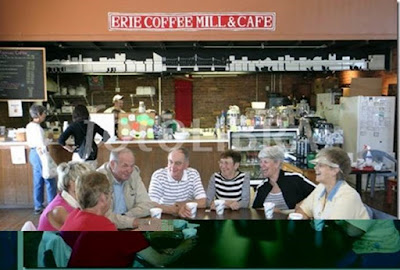 Posted by Rotary Club of Maleny at 09:28 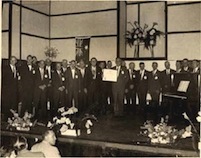 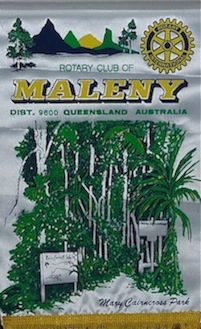 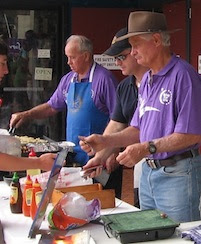 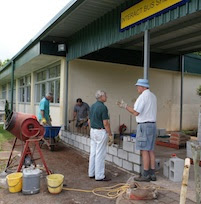 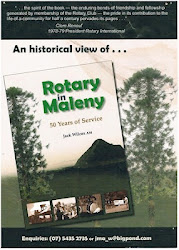